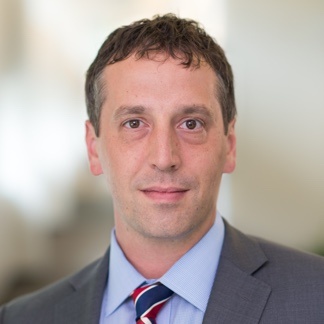 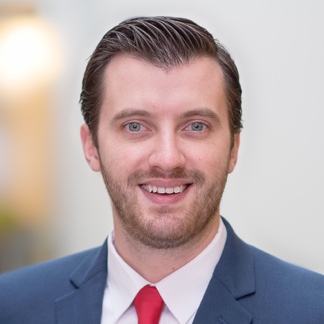 The U.S. Federal Open Market Committee, the Federal Reserve's policy-setting panel, gets its broad marching orders from Congress. Its dual mandate is to steer the U.S. economy to both price stability and maximum sustainable employment. How the Fed uses its discretion in achieving these goals, as well as in defining them, is at the heart of its policy decisions—and it's why Vanguard believes the Fed is unlikely to raise rates in the near term.

The Fed has outlined changes to its monetary policy framework that give us confidence that it won't raise its benchmark federal funds rate target until at least 2023, even as stimulus payments flow through the economy and stock markets remain near record highs. On Wednesday, March 17, the Fed reaffirmed that it would keep monetary policy accommodative for the foreseeable future to support economic recovery from the COVID-19 pandemic. It said it would keep its rate target near zero and continue to increase its holdings of Treasury securities and agency mortgage-backed securities by a total of at least $120 billion per month for now.

In this Q&A, Vanguard economists Andrew Patterson and Adam Schickling discuss the conditions driving the Fed's decision-making, including its 2020 move to an average inflation target and Chairman Jerome Powell's view that maximum sustainable employment means people in historically hard-to-reach pockets of the labor market getting back to work.

First and foremost, what is Vanguard's view on recovery from the COVID-19 pandemic?

Mr. Patterson: We believe that health outcomes matter most to the pace of recovery. We've said this since it became clear just how hard the pandemic would hit the global economy, and we emphasized it in our Vanguard economic and market outlook for 2021. The world is, thankfully, making progress against COVID-19, and optimism is building, but we haven't defeated it yet. Virus variants that may spread more easily have emerged in some places, and vaccine distribution in some parts of the world has been halting. But in the United States, more than two million vaccine doses per day are being administered—a pace that, as we wrote in January, would allow the U.S. to achieve COVID-19 herd immunity at some point this summer.1

As progress continues, economic activity could increase literally before our eyes. Restaurants and bars will fill up again as restrictions are relaxed and people become more comfortable engaging face to face. The just-enacted American Rescue Plan will put $1,400 in most Americans' pockets. And we expect economic outcomes to start changing, too, with inflation pressures rising and unemployment falling.

How is the Fed likely to respond to rising inflation pressures and falling unemployment?

Mr. Patterson: With patience! The Fed's definitions of stable prices and maximum sustainable employment—or full employment, as it's commonly called—allows for patience. The headline inflation and employment numbers will no doubt attract attention in the financial markets and the media. But as the Fed has explained, there's reason to look well beyond these headline numbers.2

What's the Fed's rationale for patience regarding the labor market?

At this stage of the recovery, the headline unemployment rate provides little insight. Far more meaningful are factors such as the labor force participation rate, and that's down significantly, from 63.3% before the pandemic to 61.4% in February 2021. The difference in these numbers contains the stories of people knocked out of the workforce—parents caring for children whose classroom is now the kitchen table or people who lost a job and have given up hope of finding another one. We can attribute nearly a million early retirements to the pandemic that wouldn't otherwise have occurred. In the context of setting interest-rate targets, the Fed will consider not only broad employment numbers such as the unemployment rate, but also who's out of work and why.

How the pandemic has pushed people out of the labor force

How does the Fed define full employment?

Mr. Schickling: The Fed's full-employment definition has evolved over the last decade or so, and that's instructive in considering when the Fed may feel a need to raise interest rates. Economists once considered estimates of NAIRU—a measure of the lowest the unemployment rate could go without triggering inflation—to generally be around 5%, and the Fed put significant emphasis on that number.4 Over the last 25 years, however, unemployment has periodically fallen below NAIRU without triggering worrisome inflation, meaning the relationship between unemployment and inflation has likely changed.

When now-U.S. Treasury Secretary Janet Yellen chaired the Fed from 2014 to 2018, she maintained a dashboard that considered, among other measures, job openings, layoffs, underemployment, and long-term joblessness to help determine how much slack remained in the labor market. Current Fed Chair Jerome Powell has made clear he is also seeking improvement in areas that are typically late to recover after a recession, such as labor force participation among workers without college degrees, wage growth for the lowest-paid workers, and Black unemployment. Mr. Powell's Fed wants full employment to reflect the full labor market, and rate hikes may not come until it clearly does, or will, reflect that.5

What about the Fed's rationale for patience in relation to inflation?

Mr. Patterson: The Fed made an important change to its approach last year to help anchor inflation expectations. It changed its inflation target from specifically 2% to an average of 2% over time. Such a change had been anticipated, as core inflation had been below 2% for so long.

The new approach seems tailor-made for a situation that we expect lies just ahead, in the second quarter of 2021 and beyond. When the pandemic slammed the broad economy a year ago, activity largely came to a standstill, bringing prices down, too. These base effects—comparisons to the low year-earlier prices—will magnify rises in core inflation in the months ahead, just as people begin to re-engage in face-to-face activities with stimulus cash in their pockets.

The new average inflation target gives the Fed a buffer to hold rates steady until it's confident that inflation will remain persistently around 2%. We expect an overshoot of 2% core inflation to be short-lived. And we expect the long-term structural trends that have kept inflation low for more than a decade—most notably technology and globalization—to continue to limit price rises, though we'll keep a close eye on the role inflation expectations may play.

What do the Fed's most recent economic projections show?

Mr. Patterson: The Fed updates its economic and policy-setting projections every other meeting. Its updates for the March 17 meeting (PDF) were its first since December 2020. Although the new projections reflect more optimism about the pace of economic recovery, Federal Reserve Board members and Fed bank presidents collectively don't foresee both annualized core inflation surpassing 2% and the unemployment rate reaching pre-pandemic levels until 2023. And it's only beyond that when the majority of Federal Open Market Committee meeting participants foresee that they'd be likely to support raising the Fed's rate target.

How does Vanguard see the $1.9 trillion in new stimulus affecting U.S. growth and inflation?

Mr. Patterson: With the enactment of the stimulus bill, we project that the U.S. economy will register full-year growth in a range of around 7.0% to 7.5%. That's an eye-popping number for a country whose potential growth is estimated at around 2%, and it's an increase of 2.0 to 2.5 percentage points compared with our projection without the new stimulus. But for perspective, it's on the heels of a 3.5% decline in U.S. output in 2020, because of the pandemic.6

We believe that the stimulus legislation's direct effect on inflation is likely to be modest, around 7 to 10 basis points for all of 2021.7 As I alluded to earlier, inflation expectations present a risk to our view because heightened expectations can materially affect actual inflation. This is where the Fed will need to be visible, acknowledging expectations and managing them through careful guidance on its views. For the foreseeable future, we expect its guidance to be that the labor market has a long road to recovery, that inflation expectations remain anchored, and that rate hikes remain relatively distant.

1 According to the Bloomberg COVID-19 Vaccine Tracker, an average of 2.47 million vaccine doses per day were administered in the United States in the week ended March 17.

2 Good examples of the Fed's public communications on this point are a January 13, 2021, speech on full employment by Fed Governor Lael Brainard, available at federalreserve.gov/newsevents/speech/brainard20210113a.htm, and a January 13, 2021, speech by Fed Vice Chair Richard Clarida on price stability, available at federalreserve.gov/newsevents/speech/clarida20210113a.htm.

3 Unemployment and labor force participation data are from the U.S. Bureau of Labor Statistics.

7 A basis point is one-hundredth of a percentage point.