Quantifying the health of the U.S. consumer

Quantifying the health of the U.S. consumer 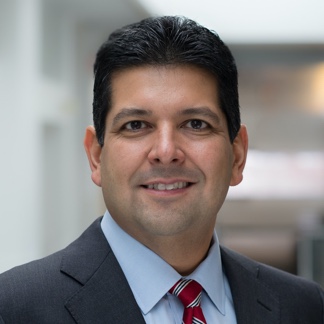 The latest recession sparked by the COVID-19 pandemic, though, was different. It led to an unprecedented spike in layoffs, but the finances of consumers actually improved as they spent less and—thanks in part to government stimulus relief—saved more.

"Another differentiator this time around is how broad the consumer recovery has been," said Vanguard Principal and Co-Head of Structured Products Bob Behal. "Our research shows that consumer credit profiles have improved in all income brackets, and the magnitude has been fairly large."

In fact, consumers have accumulated "excess" savings of around $2.6 trillion—savings on top of what they would typically have had on hand—and that bodes well for the economy. If they open their wallets and spend more, they could fuel faster economic growth. And even if consumers remain cautious, they should be able to provide some cushion for the economy when activity inevitably slows.

"We looked at historical debt burdens, loan performance, and savings rates to develop a real-time picture of consumers' financial condition," said Mr. Behal. "Unlike in past recessions when job losses caused households to draw from their savings, the opposite happened." Figure 1 shows the personal savings rate in the U.S. as a percentage of disposable income since 2000. While it was well below 10% during much of that period, it recently climbed to multiyear highs. Peaks in 2020 and 2021 roughly coincide with payments of government stimulus checks.

The same figure shows the financial obligation ratio, a broad-based measure of the ratio of household debt payments to total disposable income. (Debt payments include estimates for revolving and installment debt, mortgage and rent payments, auto lease payments, homeowners' insurance, and property tax payments.) It has declined from levels above 16% throughout the 2000s and is currently sitting at a 20-year low of about 13%.

Figure 1: U.S. consumers have been saving more and avoiding debt

These positive trends can be explained in large part by low interest rates, government stimulus, wage growth, and more stringent lending requirements. Consumer behavior may also be a contributing factor as households have shown some reluctance to take on debt since the global financial crisis.

Other metrics we track to gauge the health of the consumer include the unemployment rate and the rate at which credit card companies write off bad debt. Figure 2 shows that while the unemployment rate climbed to over 14% as large swaths of the economy were shuttered, the rate of bad loan charge-offs during the pandemic actually declined.

That stands in sharp contrast to the more typical pattern during recessions, including the global financial crisis, when charge-offs tracked the rise in unemployment. In this recession, generous unemployment benefits and stimulus checks likely helped.

Figure 2: Credit card write-offs trended lower even as unemployment spiked during the pandemic

Consumers across the income spectrum are faring well

One way we have attempted to quantify the breadth of the positive trajectory of consumer finances is by evaluating cash balances stratified by income. To do that, we used a measure tracked by the Federal Reserve, which is the sum of checkable deposits and currency, time deposits and short-term investments, and money market fund shares. This data series is a good proxy for the change in consumer savings, although it does not capture data for people outside the banking system.

Figure 3 shows that the change in cash equivalents has been increasing even during the pandemic for all three income cohorts. That stands in sharp contrast to the previous recession in 2007–2009, when we saw the more typical pattern—savings increased among higher-income earners but decreased among lower-income earners. The nature of the latest crisis, government stimulus payments and supplementary unemployment benefits, and the stability of other assets such as real estate and financial assets, appear to have left the consumer in better financial shape than expected at this point in the cycle.

"While it's good to see the credit profiles of higher-income cohorts improving," said Mr. Behal, "the fact that lower-income cohorts are on the same trajectory is more unusual and could support a broader and longer-lasting economic upswing."

Figure 3: Consumers at all income levels are adding to their savings

The additional capacity, ability, and willingness of consumers at all income levels to keep current on their payments given the rise in savings levels may be translating to better credit performance. Figure 4 shows the percentage of all auto loans in the public securitized asset-backed securities market with payments that are at least 30 days overdue. The data is segmented by FICO credit score bands to quantify trends by consumer risk levels. Higher FICO scores signal less risk of default and increased capacity to pay. Lower scores would be expected to correspond to higher delinquency rates.

Several interesting findings can be gleaned from this data. In the initial stages of the pandemic, lenders offered loan payment relief that seems to have reduced delinquencies in all three risk cohorts. As each round of stimulus was distributed, delinquencies declined further. Finally, the highest-quality cohort, loans with a FICO score of 670 or more, performed in line with historic expectations. That's important because it represents the cohort with the largest amount of outstanding loans and therefore provides further support that overall the U.S. consumer is in good financial health.

Marked drops in auto loan delinquencies coincide with the stimulus payments that were made, and subsequent increases appear as that effect wears off and the situation normalizes. It is encouraging that we're not seeing a complete reversal, however, and delinquencies are still well below historical averages.

Figure 4: Past-due auto loans by FICO score are well below their historical average

The upshot of a strong U.S. consumer for the credit market and the economy

In the credit market, the fundamentals of consumer-focused areas of the economy such as auto lending, unsecured credit, mortgage lending, banks, and retailers are strong and therefore favorable for risk taking. This trend could lead to expansion of credit if banks, as well as auto and other consumer lenders, broaden credit risk criteria to extend loans to lower-quality borrowers.

Asset-backed securitizations should do well because their structural protections are designed for recessions and current loan performance is well below these stresses. "Our positioning in various credit funds reflects these views," said Mr. Behal. "We have been generally overweight asset-backed securities and the U.S. financial services, consumer, and media/communications sectors. In addition, we have selective positions in sectors and companies that were hardest-hit by the pandemic and have benefited from the economy reopening."

Pent-up demand for travel, hospitality, and leisure activities or even a reversion to the norm would suggest that consumers are going to spend more, and they have a lot of savings to do just that. On the other hand, the trend we've seen since the global financial crisis of consumers saving more and shying away from taking on debt could prevail.

While there are some signs indicating which way the situation might go—air travel has picked up and revolving loan balances have been increasing—it's probably too early to call whether consumers are going to unleash a spending spree that would boost economic activity or keep more in reserve to fall back on in tougher times.

Other variables such as the Delta variant may also factor into the pace of normalization, but overall it does appear the consumer is better positioned going forward.