Inflation beyond the current spike

Inflation beyond the current spike 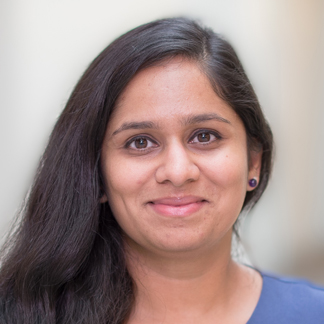 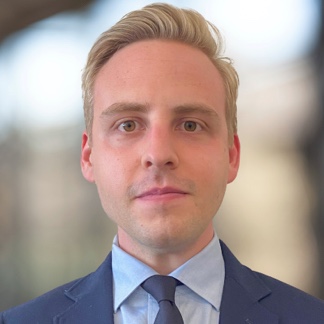 Markets weren't too surprised to see a run-up in inflation in much of the world in 2021, aware that prices in a reopening economy would be compared with the low year-earlier prices that prevailed during COVID-19 lockdowns. But readings have been hotter than forecast as supply in a range of goods and even in labor has failed to keep up with resurgent demand.

With accommodative monetary and fiscal policies expected to remain in place for some time, could inflation at rates we've seen in 2021 persist in 2022 and beyond?

It's not our base case. Our proprietary inflation forecast model, described in the recently published Vanguard research paper The inflation machine: How it works and where it's going, tells us that the U.S. core Consumer Price Index (CPI) will likely cool from recent readings above 4% toward the U.S. Federal Reserve's 2% average inflation target by mid-2022. Our model then foresees a further uptick toward the end of 2022, assuming fiscal stimulus of about $500 billion is enacted this year.

"Fiscal stimulus, though, is a wild card," said Asawari Sathe, a Vanguard U.S. economist and the paper's lead author. "If we see $1 trillion or more in additional, unfunded fiscal spending enacted this year, core inflation could pick up more sustainably toward the end of 2022 or in 2023. This risk of persistently higher inflation is not fully anticipated by either the financial markets or the Federal Reserve forecasts and could lead the Fed to start raising short-term rates sooner than its present timetable of 2023."

Our research Vanguard economic and market outlook for 2021: Approaching the dawn envisioned a possible "inflation scare" as spare capacity was used up and recovery from the pandemic continued. Ensuing supply constraints affected a wide range of goods, however, contributing to a greater-than-expected surge in inflation. (The surge in 2021 is reflected in the first panel of Figure 1 below.)

Nevertheless, most economists (including ours) believe that recent inflation readings that have more than doubled the Fed's 2% target will prove transitory as supply issues are resolved and year-earlier numbers fade out of comparisons.

The second panel of Figure 1, which shows key inflation drivers pointing in different directions, supports that view. Although solid economic growth and accommodative Fed and government fiscal policies would argue for inflation staying persistently high, significant labor market slack and stable measures of inflation expectations—what businesses and consumers expect to pay in the future—suggest that price increases may ease.

The challenges in forecasting inflation

Inflation forecasting is a complex endeavor that must consider broad inputs whose relative importance can vary over time. They include:

With significant further stimulus being considered in Washington, fiscal policy is a particularly important factor right now in forecasting inflation.

Our model's outlook for inflation: Higher than before the pandemic, but not runaway

We used our model to identify the potential impact of rising fiscal spending on inflation through the end of 2022. For that purpose, we have assumed that both the policy decisions and inflation expectation “shocks” originate in the third quarter of 2021.

"The output of all the scenarios we looked at suggest that risks are toward core inflation running higher than its pre-pandemic level of 2%, but that runaway inflation is not in the cards," said Maximilian Wieland, a Vanguard investment strategist and co-author of the research paper.

In our baseline scenario, shown in Figure 2, we assume an additional $500 billion in fiscal stimulus and an increase of 20 basis points (bps) in inflation expectations. (A basis point is one-hundredth of a percentage point.) Our model suggests that would push core CPI to a year-over-year rate of 2.9% by the end of 2021. Continued stimulus and moderately greater inflation expectations would further push inflation—offset by stronger base effects (year-over-year comparisons with higher 2021 prices)—to 2.6% by year-end 2022.

In all our scenarios, the second and third quarters of 2022 suggest some weakness from baseline effects. But none of the scenarios results in the kind of runaway, 1970s-style inflation that some fear.

Figure 2. Scenarios for inflation based on potential fiscal stimulus

Although persistently higher inflation is not our base case, our model suggests that the consensus is too sanguine about inflation settling into its pre-pandemic trend of 2% in 2022.

If inflation readings continue to come in higher than expected, it could lead the Fed to move up its schedule for raising short-term interest rates. That might be good news for investors, as today's low rates constrain longer-term portfolio returns.

Increased uncertainty about inflation highlights the importance of building a globally diversified portfolio, which gives investors exposure to regions with differing inflation environments.