How can emerging markets get through the pandemic?

How can emerging markets get through the pandemic? 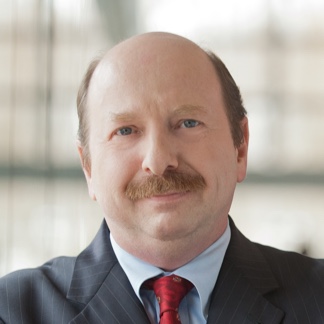 The COVID-19 pandemic presents emerging markets with a colossal challenge. This challenge is not of their own making, and the way out won't be easy. The International Monetary Fund (IMF) said as much in late June, lowering its forecast for growth in emerging and developing economies for both 2020 and 2021, even as it raised its 2021 forecast for advanced economies.

Of course, individual emerging markets are more different than they are alike, and the pace and trajectory of recovery are likely to vary, perhaps significantly, from region to region and country to country. The progression of the COVID-19 pandemic, more than anything else, will dictate the terms.

But all is not lost for emerging markets, or for patient investors who embrace the greater risk/reward trade-offs that these markets can provide.

Any economic forecast these days is fraught with uncertainty, dependent on the degree to which the pandemic spreads and countries curtail activity to keep it from doing so. The IMF's especially pessimistic near-term view for Latin America and the Caribbean is telling and reflects the disease's spread there.

As recently as April, the IMF foresaw the region's economy contracting 5.2% in 2020. In its June forecast, the IMF saw the region's contracting 9.4%. That's a difference of more than 4 percentage points, compared with a reduction of less than 2 percentage points in the outlook for all other emerging and developing regions—and for advanced economies—in the same time frame.

So much about virus progression and economic recovery depends on the difficult decisions governments make. Early containment measures in many countries in Asia, with populations accustomed to compliance, appear to be paying off in reduced disease incidence.

Beyond efforts to contain the coronavirus, policymakers in most of the world's largest economies adopted a "whatever it takes" fiscal approach to prop up vulnerable businesses and individuals. Central banks' liquidity provisions helped stabilize financial markets. Where emerging markets lacked the capacity, if not the desire, to respond at a similar scale, they benefited from the spillover effects of functioning markets.

In fact, portfolio flows to emerging markets that had collapsed in recent months have begun to return. New bond issues are increasingly being met with more demand than there is supply, an indication that international investors are hungrily chasing yield. They acknowledge that emerging economies face serious challenges but are nonetheless attractive when the best-yielding developed markets—the United States, Canada, and Australia—have yields that are barely positive and most others have negative yields.

Many emerging markets depend on commodities exports, particularly oil, and would welcome a rebound in prices. Oil has bounced back in the last two months from prices that had briefly turned negative when broad coronavirus-induced market disruptions were at their greatest. But they're not back to where emerging markets need them to be amid diminished demand and a supply dispute between Russia and Saudi Arabia that has subsided but not disappeared.

Another challenge for emerging markets—the U.S.-China trade dispute—predates the coronavirus pandemic. Some emerging markets, such as Vietnam, Indonesia, and Mexico, may benefit as supply chains are reconfigured. But the lack of a stable economic relationship between the world’s two largest economies carries widespread lost-opportunity costs.

In the years since the 1997–1998 Asian financial crisis and Russia's 1998 debt default punished them in currency and other financial markets, many emerging markets countries have learned some valuable lessons. They've acknowledged the economic hazards of corruption, patronage, and unconstrained infrastructure development, and embraced the importance of low debt loads, sufficient reserves, adequate growth, low inflation, flexible exchange rates, and political stability. Some have done better than others.

The pandemic aside, the attributes that have attracted investors to emerging markets, such as their growth potential amid favorable demographics, remain intact.

To the extent you believe that an active approach is best-positioned to capitalize on the differences within emerging markets, we espouse low-cost active as a way to remove headwinds. Whether you choose actively managed or index funds for your clients, Vanguard remains steadfast in our belief in global diversification, including allocating a portion of portfolios in emerging markets, and investing for the long term.

Check out these four compelling reasons to consider an allocation to international investments.

Estimating the economic impact of the COVID-19 shock

COVID-19 has caused economic activity worldwide to fall sharply. See why a deep, short recession will likely be followed by a slow recovery.