A welcome end to a low-rate era

A welcome end to a low-rate era 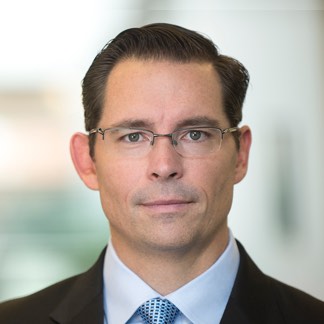 Vanguard has emphasized for months that markets have underestimated just how high the Federal Reserve might need to raise its key interest rate target to quell inflation. Our economic and market outlook for 2022 discussed policymakers' delicate balance between keeping inflation expectations anchored and supporting economic growth.

Consumer prices that have since reached multidecade highs globally, exacerbated recently by elevated oil prices related to Russia's invasion of Ukraine, have attuned markets to the reality that inflation won't come down magically.

Central banks no doubt have a challenge ahead. We believe the Fed will eventually need to raise the federal funds rate target to 3%, if not higher. Yet we also believe that higher interest rates will cool, but not stop, labor market strength and economic growth. And the recently begun normalization of monetary policy will bring with it a normalization of asset returns, restoring balance to financial markets that lately have relied too heavily on increasing valuations of large growth stocks.

Years of accommodative policy are coming to an end

For several years, our annual economic outlooks have presented forecast ranges for 10-year annualized asset class returns that have been progressively lower than the year before. Lofty valuations have no doubt been part of that story for our equity forecasts, but more so, it has been the near- or below-zero real interest rates that have encouraged investors to pay more now for future expected cash flows.

For several years, we've talked about the role of secular forces such as globalization and technology in keeping interest rates and inflation low. Central banks have found themselves challenged, since the global financial crisis, to push inflation up toward 2% targets. For much of that time, their concern has been deflation, not inflation.

And for several years, central banks have had reason to keep borrowing terms easy, the most recent and pronounced being the need to support economies that the COVID-19 pandemic had shut down. Recent high inflation caused by lingering pandemic supply constraints and surging demand—especially for workers—accentuates a needed end to accommodative policy.

Higher interest rates may bring volatility. The segments of the equity market that have benefited from low interest rates—U.S. stocks, especially large-capitalization and growth stocks—reached valuations not justified by their fundamentals and now face headwinds. But other equity market segments—such as small-cap, value, and developed markets outside the United States—appear fairly valued in a still-growing economy. Although the values of existing bonds decline as rates rise, coupons of new bonds will pay at higher, healthier rates.

We believe that central banks will do the hard work necessary to bring inflation back toward target levels in the years ahead. If they succeed, COVID-19's economic legacy won't be persistently higher inflation, but rather a welcome end to an era of negative real interest rates.

Insights on the current market environment

Check out our market volatility hub for the latest updates for you and your clients.